The world has been in anticipation since Adele postponed her Las Vegas residency tour dates in January. But, the wait is finally over and Weekends with Adele has been confirmed to kickstart in November this year.

The English singer released her fourth studio album in November last year and stole people’s hearts (as she always does). This album was described by the 34-year-old songstress as a love letter to herself and also touched on personal moments with her son.

“Words can’t explain how ecstatic I am to finally be able to announce these rescheduled shows,” Adele wrote on her Instagram on 25th July. “I truly was heartbroken to have to cancel them. But after what feels like an eternity of figuring out logistics for the show that I really want to deliver, and knowing it can happen, I’m more excited than ever!”

After fans had bought tickets to her original show dates, Adele cancelled a day before which left the “Easy on Me” singers’ fans disappointed. She has now put extreme importance on the fact that these origins ticket holders get first preference to the new dates as well as fans that have been on a waiting list.

“To be with you in such an intimate space every week has been what I’ve most been looking forward to and I’m going to give you the absolute best of me,” Adele concluded, sharing the deep love and appreciation she has for all her supporters. 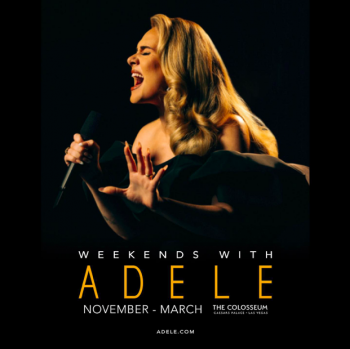 Although many of us may wish it were Sun City instead of Sin City, Adele’s handling of the cancelled show should be a blueprint for artists across the world. Respectful and genuine, we can certainly appreciate the songbird’s relationship with her fans wherever we may be in the world.