Anyone who watched the 2011 film My Week with Marilyn may have rubbed their eyes at how eerily (and beautifully) similar Michelle Williams resembled Monroe.

However, the similarity stakes are even higher in 2022 after Ana de Armas’s behind-the-scenes photographs capturing the actress in her Marilyn role were revealed.

The upcoming and highly anticipated film Blonde has been in the works for quite some time. Although Andrew Dominik’s film was announced in 2016, Dominik has been developing the project for 15 years, as Vanity Fair records.

While the idea to create a film about Marilyn Monroe is nothing new, Dominik’s take strives to portray the icon beyond the glitz and glamour in a reimagined narrative true to Monroe’s ‘full story’ or at least, as much of it as Joyce Carol Oates knew. The Netflix film is after all, based on Oates’ book that details the disruptive childhood of Norma Jean and her journey to becoming Marilyn.

Another biopic? not necessarily. Instead of focusing on the adored and acclaimed moments of Monroe’s life with brief snippets of the trauma that came alongside these, Dominik’s direction promises a more personal telling with a focus on Monroe’s fascination, if not obsession, with love and being loved.

In short, the film offers something beyond looking at Marilyn through the eyes of another (as was the case with My Week with Marilyn) and a telling that’s separate from a documentary interlude. It promises something else from the other lenses through which we’ve seen Monroe, both in her own acting career and reimagined. The lens this time is poised at being hers, as de Armas expressed.

“He wanted the world to experience what it actually felt like to not only be Marilyn, but also Norma Jeane. I found that to be the most daring, unapologetic, and feminist take on her story that I had ever seen,” de Armas continued as per Netflix’s Queue.

The internet has already begun romanticising de Armas’ portrayal as revealed in a Vanity Fair exclusive, and with the actress shining as the spitting image of Monroe, it’s easy to understand why.

Take a look at the comparisons between Blonde’s stills (above images) and photos of Monroe (below image): 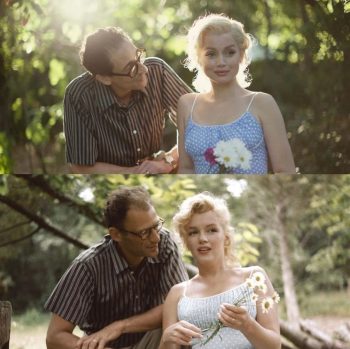 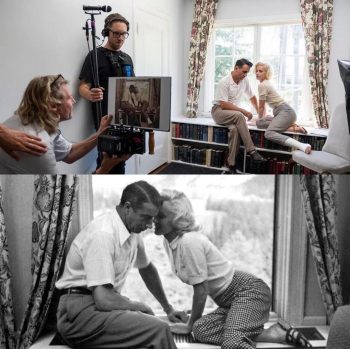 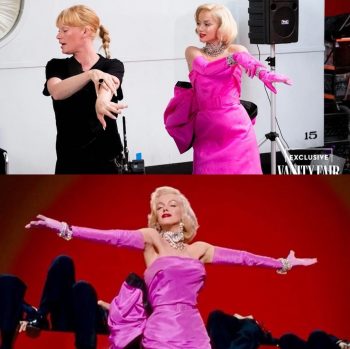 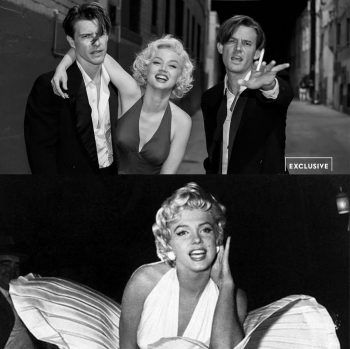