In 2017 South African video journalist, Anthony Molyneaux, covered the horrendous murder of Hannah Cornelius. She was just 21 at the time and a student at the University of Stellenbosch. Now he is returning to the case with a full-length documentary, Last Blue Ride: The Hannah Cornelius Story. Debuting on Showmax, it is sure to deliver a gripping and emotional insight to what really happened.

Back in 2018, Anthony Molyneaux produced an award-winning video for TimesLIVE covering the last hours of Hannah Cornelius’s life. But he had been greatly affected by the case and felt there was more to tell. Anthony explains, ‘I wanted to spend more time documenting her life and the crime that destroyed her family.’

The result is an eerie, step-by-step retelling of the events with laser-sharp focus. The story unfolds with enactments, fascinating interviews and snippets of court footage. Last Blue Ride is far more than just a true-crime documentary though. Local and international viewers will find there is something else worth noticing in the tragedy of Hannah Cornelius. 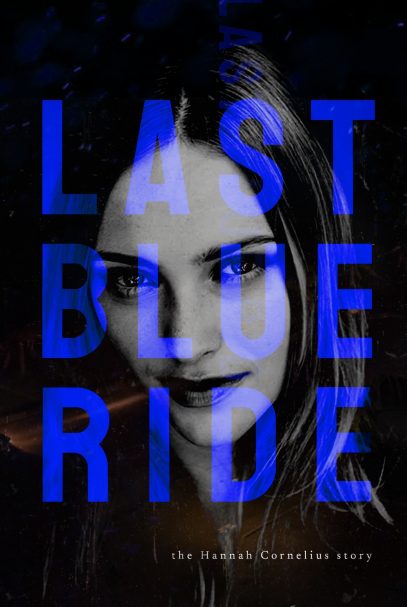 The court case revealed that the men who spent a horrific 11 hours assaulting, robbing and eventually murdering Hannah were members of the Numbers gang. This notorious gang operates within South Africa’s prisons, and the list of these men’s prior crimes ran multiple pages.

Within this, Anthony saw another part to the Hannah Cornelius story. That which looks deeper into the Numbers gang and South Africa’s prison system. He says, ‘It’s a heart-wrenching story which I hope keeps her memory alive while raising questions around the state of our correctional services.’

You can watch Last Blue Ride: The Hannah Cornelius story on

Your guide to the Netflix April watchlist