It’s certainly not a new topic, but as we continue our quest for cleaner, greener wellness, we can’t ignore the one ingredient that is everywhere these days. Cannabinoid, otherwise known as CBD. The plant-derived compound is claimed to have an impressive plethora of health benefits. It has created an industry of healing products from creams and tinctures to gummies and chocolates. Despite its popularity though, there are many who are still sceptical. This is due to its link to the psychoactive cannabis plant, used for centuries both medically and recreationally.

CBD is the second most prevalent active ingredient in cannabis. The first being Tetrahydrocannabinol, otherwise known as THC. Unlike the unlawful THC, it does not contain psychoactive effects. It is this that causes the ‘high’ sensation experienced from cannabis. But the cannabinoid present in commercial products is not extracted from cannabis at all. It comes from hemp, in abidance with South African law. 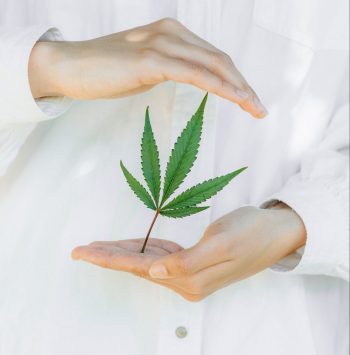 To further vouch for the ingredient, in 2017 the World Health Organization (WHO) released a positive report. It stated that

‘CBD does not produce the effects that are typically seen with cannabinoids such as THC’. Rather the WHO found that it has ‘a good safety profile’ and offers much promise in all-things health. The report notes that there is ‘preliminary evidence that CBD may be a useful treatment for a number of other medical conditions’.

In 2019, the SA government passed an Act that allowed the commercial sale of CBD. Although it has only been on the market for three years, it is an impressive market. It has generated an abundance of small local businesses offering high-end wellness products with real benefits.

Touted as a powerful antioxidant and anti-inflammatory, more and more skincare brands are incorporating the plant extract into their range. Premium South African CBD brand, Goodleaf, were one of the first to do so locally.

When used in topical skincare, CBD works with the epidermal receptors and improves their ability as a natural barrier,’ says Catherine Wynn, head of marketing at Goodleaf. 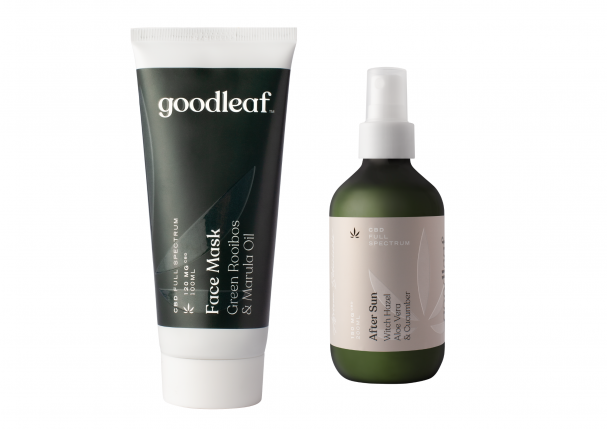 Hemp seed oil CBD is particularly known for its skincare benefits. The sumptuous skincare range from Goodleaf boasts 14 products that all use the botanical powerhouse. ‘Containing omega-6 and -3 fatty acids, it can assist with alleviating dryness, eczema and other skin irritations, as well as locking in moisture without clogging pores by regulating oil production,’ Catherine says. This makes it ideal for those with combination and sensitive skin.

In our often chaotic and stressful society, anxiety, depression and related mental health disorders are becoming increasingly prevalent. Research has made a strong case for CBD’s potential to calm the brain. Laura Johnston is the co-founder of Mary’s Muse, a local business of pure, organically grown CBD products that strive to inspire happier lives, naturally. ‘Chronically high levels of stress hormones (particularly cortisol) can wreak havoc on your body, with consequences that include endo- cannabinoid imbalance,’ she says. Yup, our bodies create their own cannabinoids. In fact there is a complex endocannabinoid system of networks throughout the brain and central nervous system. 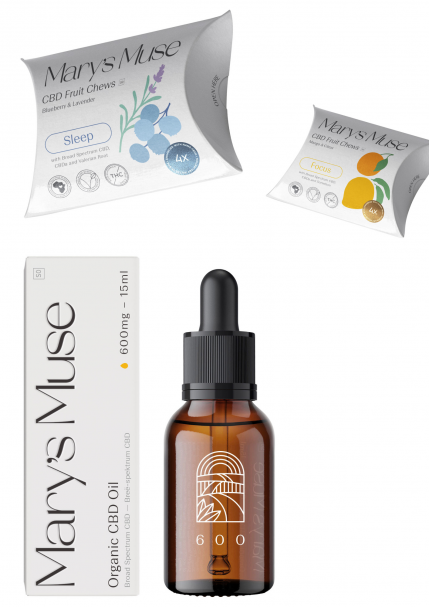 While research is still ongoing, what is known so far is fascinating. This network works to maintain balance among the major systems in our bodies. New discoveries are suggesting that it may play a regulatory role in pain, inflammation, memory, emotion, sleep and metabolic function. When your endocannabinoid system is out of balance (due to chronic stress and mental-health issues), plant- based cannabinoids like CBD can help stimulate and increase functioning.

It also seems that it has the potential to engage with other receptors too. Like serotonin receptors.

And how does it fare when compared to pharmaceutical drugs? It’s calming effects on the brain and its systems carry less side effects and don’t create hormonal imbalances. It is a major side effect some women can experience from antidepressants. It’s no surprise then that it’s become a popular option for those suffering from mental-health issues.

With a strong case being made for CBD’s ability to calm the brain and body, there are many health benefits to look into. It’s been explored as a natural treatment for post-traumatic stress disorder (PTSD), autism, anxiety disorders, feelings of isolation and even psychosis. And sleep too. Anxiety is one of the major contributing factors to sleeplessness.

‘Many reports state that CBD may help increase the quality and length of sleep,’ says Laura, ‘which researchers believe have to do with its regulatory effects in the endocannabinoid system. It has also been shown to have a beneficial effect on chronic pain – and considering that chronic pain is known to compromise sleep, CBD may assist with sleeplessness in these cases.’

4 Plants that will help you sleep