It’s no secret that humans are inquisitive and love a glimpse into how the ‘other half’ live. From entering the homes of, sometimes eccentric, strangers in Come Dine With Me South Africa to peeking into the affluent suburbs of Johannesburg in Listing Jozi, there’s something about escaping our own reality through television series that has us hooked.

Following a succession of lockdowns that saw us longing to escape the confines of our homes, BBC Lifestyle’s line-up of fresh new shows, with local flavour, allow us to step into South African homes and dive into feel-good and drama-filled reality every Wednesday at 8 pm. 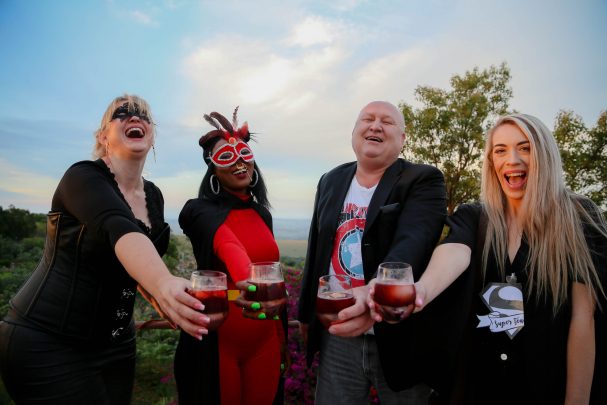 Contestants in finale episode of Come Dine With Me South Africa, airing 9 June at 8PM on BBC Lifestyle

Real-life TV responds to a basic human attribute — curiosity — in a way that also feeds our need for socialisation, without being as time-consuming or, in our current COVID-19 reality, requiring us to leave our homes or physically interact with other people. Studies in communication and television theory have shown that people gain a false sense of connection with the characters of their favourite shows, often developing a “personal relationship” with a particular character. Curiosity and intrigue are amplified by the fact that characters depicted are “real” people — they could even be you or me.

With some of the biggest, boldest and most entertaining personalities that SA’s rainbow nation has to offer, Come Dine With Me South Africa feeds our curiosity craving and allows us to turn away from our daily lives and indulge in never-ending drama. Following four strangers each week who compete to become the ultimate dinner party host and win R10,000, audiences are undoubtedly hooked from starter to dessert. The final episode of the new series, set to air on BBC Lifestyle (DStv channel 174) on Wednesday 9 June at 8 pm, will definitely provide the spice!

Curiosity has led to our evolution and is intrinsically linked to information-seeking, learning and development. Even the great Albert Einstein once said, “I have no special talent; I am only passionately curious.”

However, curiosity is often equated with nosiness, such as wanting to know the intimate details of others’ lives or scouring tabloids and news sites for the latest dirt on a celebrity. How many of you have sneaked a peek at what you could spy on in the background of your latest work-from-home Zoom call? It’s that same curiosity that fuels our love — or hatred — of reality television and always leaves us wanting more.

This curiosity into others’ lives extends into the environments around them and localised shows further reinforce the enjoyment as they have even more in common with the characters. And that’s where Listing Jozi comes in, the ultimate show (and first property-listing reality show in South Africa) that follows a competitive team of five high-end brokers, allowing viewers to nosy into the multi-million rand homes of Johannesburg’s elite, as well as learn how these homes are sold. With homes ranging from R5 million to over R60 million and a glimpse of many famous faces, such as Sashi Naidoo and Nolo Phiri, viewers will get exclusive access to the hustle of the real-estate business.

Now, set your reminders as Listing Jozi joins BBC Lifestyle’s fresh line-up of local content every Wednesday at 8 pm from 16 June. After the drama-filled finale of this seasons Come Dine With Me South Africa, viewers can look forward to peeking into some of Jozi’s high-end homes, complete with humour and lots of hustle.