19-year-old Lara van Niekerk has claimed the title of SA’s golden girl in swimming after taking another gold medal at the Commonwealth Games in Birmingham on Tuesday night.

Lara made history by being the first woman to nab a gold medal for this year’s Games in the 50m breaststroke stretch on Sunday before stunning crowds with another gold just two days later for the 100m breaststroke – cruising in front of Olympic heroine Tatjana Schoenmaker.

Other ladies in the team have certainly been putting South Africa on the map with Tatjana bringing home gold and silver and Kaylene Corbett relishing in bronze.

Team South Africa shared a stunning photo of both Tatjana and van Niekerk, showcasing the two mermaids in absolute joy after yesterday’s competitions. 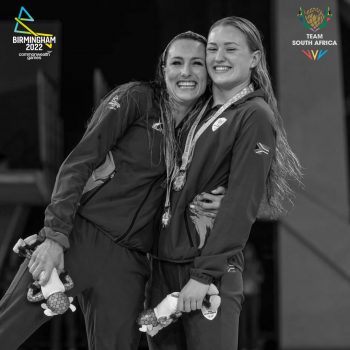 Why yoga and low-intensity exercises are your next superpowers