For the sake of a functioning family and society, plenty of people advocate the belief that fathers should burp more babies, and not necessarily have the sole responsibility of bringing home the bacon. In most of our childhoods, a woman cared for us while a man worked, right?

But in today’s more gender-equal age, more women work. Globally, gender dynamics are shifting. If a couple gets divorced in SA, our Children’s Act lets the father take over the main parenting responsibilities and rights if they are better equipped to do so, and men are increasingly choosing to be stay-at-home dads. Yet it seems as though mothers still take on more domestic and caring chores than fathers. The gender rights enshrined in our constitution are often absent within the home – the heart of society. 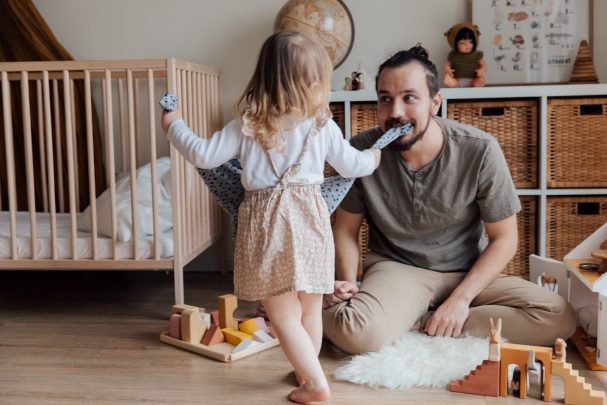 The tasks involved in raising and caring for children can easily be done by both the mother and father, says Prof Nicolette Roman, who heads up the Child and Family Studies Programme at UWC. ‘Feeding, discipline, parent-child activities, changing a nappy … all these could be done by either parent.’ And according to the American Psychological Association, studies have confirmed that parenting roles are, to certain extent, interchangeable, and that the presence of fathers matters. Studies have shown that positive paternal involvement has positive effects:

FOR CHILDREN
• Rough-and-tumble play is necessary for promoting physical activity and learning self-control.
• Positive fathering is linked to higher cognitive development and school achievement among children and can play a part in increasing a child’s empathy and social skills.
• It helps girls to feel empowered to reach their potential, and teaches boys about gender equality. 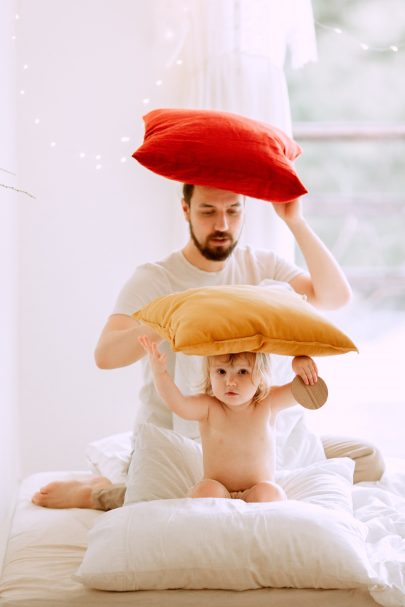 FOR MOTHERS
• By lessening her responsibilities and stress, it enhances her bond with her kids – and her partner.
• It allows her to earn and pursue a fulfilling career.
• Mothers properly supported by their partners experience better post-partum mental health and are more likely to use maternal health-care services.

FOR FATHERS
• Being an involved parent can be more rewarding, giving them self-confidence. • According to the report ‘State of the World’s Fathers’, men who have close relationships with their kids live longer and report fewer physical and mental- health issues.
• Involved dads are less likely to use drugs or be violent.

WHAT’S STOPPING MEN?
So why isn’t equally shared parenting more popular? Traditionally, women have taken care of the children while the men work. Cultural beliefs also stigmatise domestic tasks as ‘women’s work’. Then, there’s money. Stay-at- home dads in high-income countries can often afford domestic help. This is not often possible in lower-income countries such as ours, especially when employment policies don’t encourage more involved fathering.
What’s good for children is ultimately good for society. There is evidence that involved fatherhood can reduce the risk of child poverty and support women’s economic empowerment, so there is no better time than the present for dads to get on board.