It’s almost weekend again and after that well-deserved break and all of those public holidays you’re probably dreading the idea of Monday morning (we are too) – but we’ve got a reason for you to look forward to Mondays again!

Sit back, relax and beat those Monday blues by watching the second series of RuPaul’s Drag Race UK – a show that showcases the very best of what the UK drag scene has to offer!

After a long makeup-less, sweats-wearing year we could all do with a bit of fabulousness in our lives, and no one brings the fab quite like the queen of drag, the iconic RuPaul Charles! 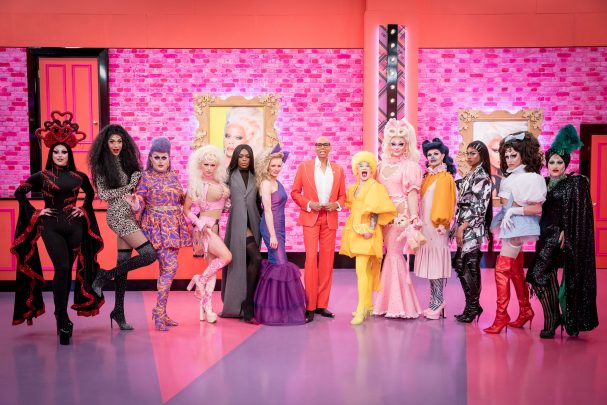 According to Drag race veteran Michelle Visage for anyone who hasn’t yet experienced RuPaul Drag Race UK, ‘’I would sell RuPaul’s Drag Race UK as a competition with tenacity, heart and spirit. This show is all about the human spirit, overcoming adversity, and being the best you that you can be despite the odds that are thrown at you. I think everybody walks away from this show not only feeling better about life, but also getting a few tips or two on how to style themselves, or not. It’s the most wonderful show on the telly.’’

On returning to set after lockdown, ‘’Coming back to finish the series was actually something I had in my calendar and I couldn’t wait. I was really excited to see how the girls changed during lockdown, and whether they had thought about their drag, changed their aesthetic or the way they look. We’ve all learned something about the world and about ourselves in lockdown, so I think it was approached differently, and it 100% reset the girl’s mentality on a lot of things. It was so incredible.’’

Chatting through her judging style, ‘’A lot of people say I’m going too soft on the girls, but I’m actually not. If they have something that needs banging home then I’m going to do that, but if not then I want to compliment them on the work that they’ve done. For me, I’m not there to be just mean and tough, I’m there to bring tough love, to say the things that maybe a guest judge wouldn’t say.’’

RuPaul’s Drag Race UK series 2 will blow your mind, all I can say to you is… get ready.

Finally her all-time favourite lip-sync song? ‘’Hard to say because I don’t have just one. There have been some memorable, incredible lip-syncs but for me it’s about something that these queens connect to. Show us your lip-sync skills but also show us your performance level. Yes, you have to know the words, that goes without saying, but yes you also need to make us feel something. If you remember Latrice Royale lip-syncing to ‘Natural Woman’; she just stood there, and we felt it all so that’s what a good lip-sync is, and I don’t care what the song is.

With just the right combination of elegance, inspiration and entertainment watch RuPaul’s Drag Race UK Series 2 on BBC BRIT (DStv channel 120) Mondays at 21:00 and on DStv catch up.

For a taste of what’s to come over the next few weeks watch HERE.